Man and nature, bound and bonded. 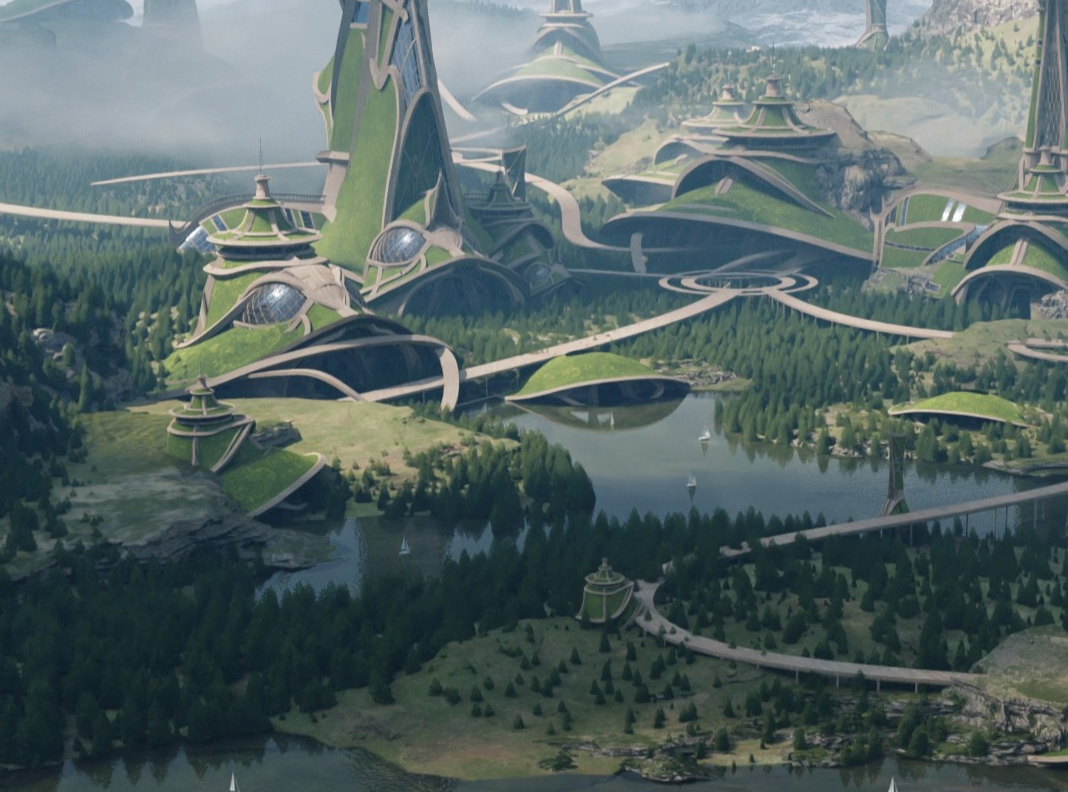 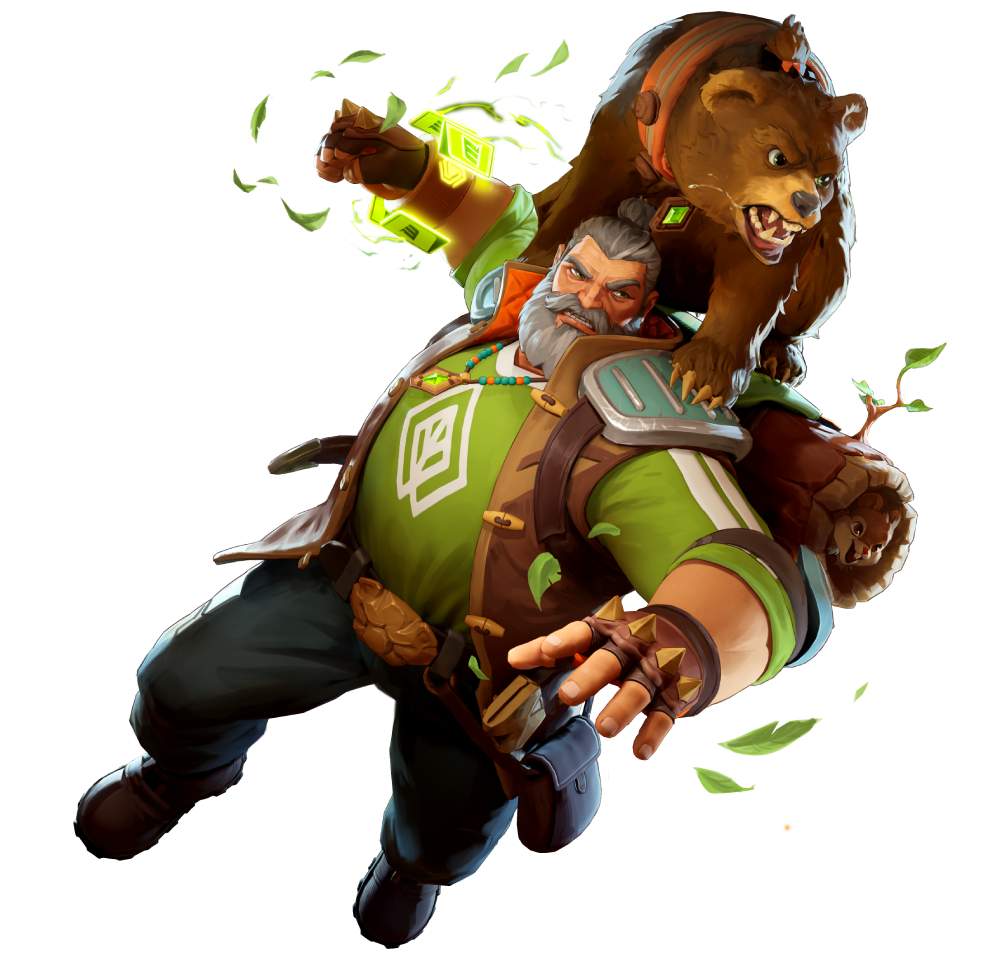 bolgar
"Bolgar (né Ralis) was the prince and heir to the throne of the Saering Royal family. But while playing in the woods as a boy, he was thrown into a crevasse by his jealous, younger brother. Deep in the crevasse Ralis came across a BEAR CUB and the two began to fight. It was a battle to the death and much blood was exchanged. This formed a MAGICAL CONNECTION and they FUSED INTO ONE! They “werebeared.”
Eventually, the two formed a lifelong bond and over time learned to fuse and unfuse at will.  As a young adult, Bolgar also witnessed his brother’s evil. Bolgar formed an army and successfully overthrew the royal family. Bolgar could have been ruler of the people, but he declined the offer.

Instead, he found himself drawn to the sport of Wildcard. His ability to recognize the unique talents of other creatures and work them into his gameplay made him a formidable strategist. He understood his teammates in a way no regular man could, and was a better leader for it."

So cute it hurts

burr
Burr isn't a normal summon. She leaps off Bolgar's shoulders to harass his opponents before jumping back and resting up to do it all over again. Burr doesn't take any energy to summon, so make sure she's always deployed if she's ready! 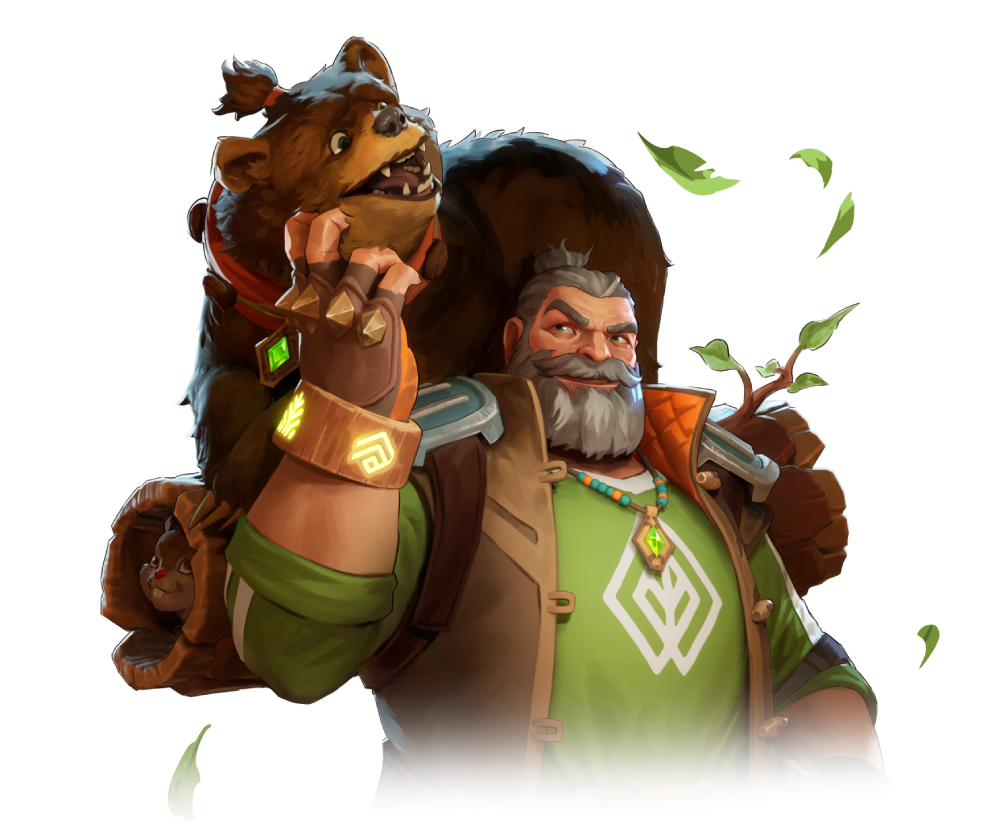 the werebear
Bolgar unelashes the beast within and becomes a WEREBEAR! For a limited time, he hits harder, jumps further, and is a terror in the arena. Give him some space!
Thank you! Your submission has been received!
Oops! Something went wrong while submitting the form.